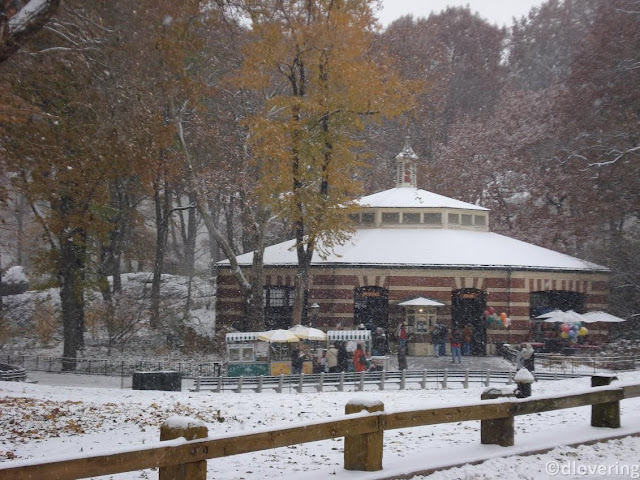 Davy, a deaf mute, expressed himself through his sand sculptures.

All summer long, snoozing seals, languid lions and crazy crocodiles emerged along the beaches of Balham, much to the admiration of the local townsfolk.

Except for the Brogan boys, whose greatest delight, after a night on the beer, was throwing themselves into the centre of his creations.

In winter, with little to do, Davy’s frustrations mounted. But after the first heavy snowfall he rushed into the park, and sculpted a legion of dreadful demons near the amusement arcade.

How nice to see Dee Lovering’s picture of snow during these long, hot summer days.  I feel quite nostalgic… well almost.  Thanks to Rochelle, the untiring choirmistress of   Friday Fictioneers,  for keeping us all together, and singing from the same song sheet.  And if you think I’ve been purposely exercising my alliterative skills this week… you’re right.

I used to cruise the French waterways with my husband four or five months a year, and wrote fiction and poetry. Now I live on the beautiful Dorset coast, enjoying the luxury of being able to have a cat, cultivating an extensive garden and getting involved in the community. I still write fiction, but only when the spirit moves me - which isn't as often as before. I love animals, F1 motor racing, French bread and my husband, though not necessarily in that order.
View all posts by Sandra →
This entry was posted in Friday Fictioneers, Just Sayin' and tagged alliteration, Friday Fictioneers. Bookmark the permalink.